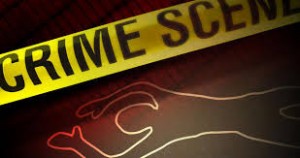 The triple murder in central Trinidad is now engaging the attention of police.

The remains of 26-year-old Michelle Harrylal, her common-law husband 35-year-old Michael Applewaithe, and an unidentified male were discovered at a house in Carlsen Field yesterday.

According to reports intruders invaded their home at around 1am while they slept.

Reports are saying the attackers tied them up and set the house ablaze.

At about 8 am, a villager noticed Ms. Harrilal’s 4-year-old son wandering barefoot along the roadway.

The crying child told the woman his mommy was burnt in a fire and is in heaven.

The villager drove to the family’s home and found it had been gutted.

Members of the police and fire services were contacted.

When they arrived, officers reportedly found a trail of blood near the ruins.

Investigators are working on the theory that the occupants were killed and their bodies set alight in the house.