Tobago Budget to be delivered today (live on i95.5fm) 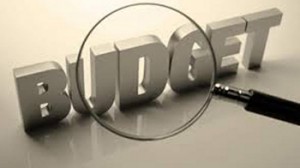 Finance Secretary Joel Jack will today deliver the Budget for Tobago. It will be Mr. Jack’s final Budget Presentation before the 2017 Tobago. House of Assembly Elections. The budget delivery begins at 10 this morning, and will be carried live on i95.5fm.

But already, the opposition Tobago forwards is not holding its breath that there will be anything new in the presentation. The party’s political leader Christlyn Moore said her party has no expectations. Speaking with Newscentre 5 this morning Ms Moore said the exercise is a sham. Even before it is presented Ms Moore is describing the 2016 budget as a failure.

She pointed to numerous projects which have not been attempted including a new Happy Haven School, Abattoirs at Kendall and Hope, farmer’s market at Goldsborough and Black Rock, a university hospital and a new Charlotteville jetty among others. She said none of these programmes, though budgeted was attempted, far less completed.

The Tobago forwards leader believes, if the assembly were to use today’s exercise for a useful purpose, it would announce a forensic audit of all their books accounts and programmes, as well as their development plans. Ms Moore said as the Chief Secretary prepares to leave office without a legacy, an audit would at least mark an honourable point in his departure.

(for the people overseas you can search for our new app on Google Play and the App Store just search for i955.5fm)