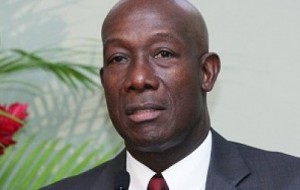 The Police Social and Welfare Association says the issue with the Prime Minister’s security detail is fixed. Yesterday, association president Inspector Anand Ramesar said the issue was never about their schedule or workload.

However, he said recent changes to the numbers had caused some concern. Speaking with Newscentre 5 yesterday Inspector Ramesar told said the matter was misunderstood.

He said the issue was about the use of the human resource, not the prime minister’s schedule. Inspector Ramesar sought to bring clarification on the issue saying the matter was being dealt with and should no longer be an issue.

Over the weekend it was reported that members of the Defence Force were now a major part of the Prime Minister’s security detail, following the grumblings from special branch. Inspector Ramesar is calling for clarity on that issue.