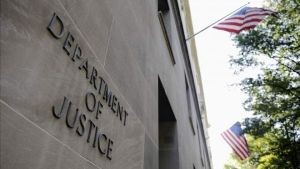 The US Department of Justice (DOJ) says it has charged eight individuals over allegations they “spoofed” or manipulated the futures markets for precious metals and share indexes.

Separately UBS, HSBC and Deutsche Bank will pay a total of $46.6m (£33m) to settle spoofing charges against them.

Spoofing refers to submitting, then cancelling, orders on futures contracts to manipulate the quoted price.

The DOJ said spoofing harmed innocent investors and put the system at risk.

Seven of the individuals charged are traders and one is a technology consultant. They are located around the world in countries such as the US, Switzerland, UK, Australia and the United Arab Emirates.

The traders are alleged to have placed hundreds of bogus orders that they never meant to fulfil. By creating the appearance of extra demand they altered prices and the behaviour of others players within the market, moves that they could then exploit for their own gain.

He said the result was that the spoofers were “harming innocent investors and putting the very integrity of our financial markets at risk.”