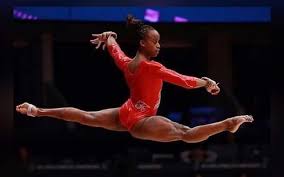 The lawsuit was filed at the Hall of Justice yesterday.

Her attorney, Keith Scotland said yesterday the action is centered on economic tort, and loss of opportunity.

In April this year, the federation withdrew Ms. Williams from the Olympic games test event in Rio, Brazil.

The federation claimed a report from her U.S. coach John Geddert suggested she was suffering with a sore ankle and was not performing at a high level during one of her training days.

The alternate Marisa Dick was sent in her place.

Yesterday after exiting the high court the gymnast told reporters she is disenchanted with entire incident.

Ms. Williams and Mr. Scotland is hoping for a speedy resolution of this matter.

This entry was posted in News, Sports News, Top News. Bookmark the permalink.