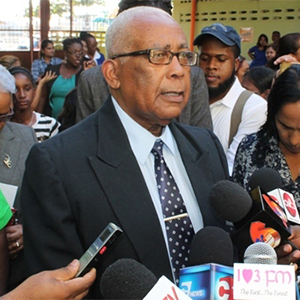 He describes it as disconcerting.

Minister Garcia says as a result teachers were forced to dismiss classes early on several occasions.

He says an investigation has now been launched to determine whether or not, the occurrences are sabotage or shoddy work by the contractor.

The Minister also notes that the infrastructure at these institutions is aged.

He says the Water And Sewerage Authority has been working to remedy some of the issues, but when strange things keep happening, it could be a sign of other problems.

The Minister was speaking at a news conference at the Ministry’s Port of Spain head office yesterday afternoon.