St. Lucia Labour Party ramping up the pressure on government for it’s handling of the Health Sector 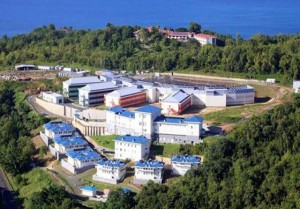 The government of Prime Minister Allan Chastenet has announced a 70 to 100-bed facility in a joint venture with Health City Cayman, an offshoot of the Indian based hospital chain Naryana Health.

The Opposition says it will not allow it.

At an estimated cost of more than 100 million dollars it is the most expensive donations St. Lucia has ever received from the European Union.

The PM has made several suggestions on how the Okeu will operate.

But another Opposition voice Moses Baptiste says PM Chastenet has no respect for the people.