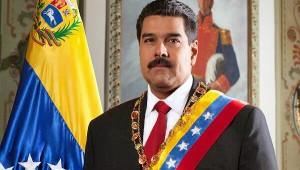 There is to be tight security today for the visit of Venezuela’s embattled president Nicolas Maduro.

Mr. Maduro will today meet with Prime Minister Dr. Keith Rowley in Port of Spain, but there are plans to protest the president’s visit and his talks with this country’s leader.

Members of the Islamic Front, The Joint Trade Union Movement, The Movement for Social Justice and Venezuelans residing here are to stage demonstrations outside the Diplomatic Center and Queens Hall, in St. Anns.

Islamic Front leader Umar Abdullah says muslim groups will be lobbying for the release of five Trinidad and Tobago nationals detained in Venezuela on terrorism charges since 2014.

Speaking with Newscenter five this morning Mr. Abdullah said his members will be calling on Mr. Maduro to free them immediately

He is also hoping government officials treat with the issue when they meet with Mr. Maduro later today

Venezuelan activist Yesenia Gonzales and others opposed to Mr. Maduro’s governance will be seeking talks with the president about what they see as the turmoil in Venezuela.

JTUM and MSJ members will be trying to show solidarity with the Venezuelan president.

From the MSJ, Ozzie Warwick said there is need to welcome Mr. Maduro.