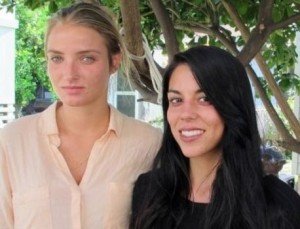 A lesbian couple who say a policeman in Honolulu, Hawaii, harassed and wrongfully arrested them after seeing them kiss have been awarded damages.

Courtney Wilson and Taylor Guerrero say they were told to “take it somewhere else” when the policeman saw them kissing in a food store.

They later spent three days in jail after scuffling with the officer.

Honolulu City Council will consider the damages in early July. Donna Leong, of the city’s Corporation Counsel, which advises on legal matters, said her department believed “the tentative settlement is in the best interests of the city”.