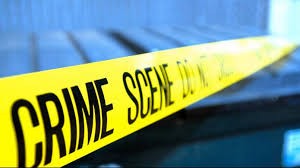 A 33 year old man surrenders to police in connection with the murder of Mookram Kanhai.

The 65-year-old gardener was killed in Rio Claro, during the early hours of yesterday morning.

Police say around 4.20, Mr Kanhai of Mahabalsingh Branch Trace # 2, Navet Village, Rio Claro and a male relative got into an altercation over land.

It is said during the altercation Mr Kanhai was chopped about the body, including the face and head. Police say his right arm was was also severed.

The suspect is then said to have contacted the police and told officers of the Rio Claro station what he had done. Officers visited the scene and reportedly found Mr Kanhai dead.

The suspect was arrested and taken into custody.

He is expected to appear before a Rio Claro magistrate.