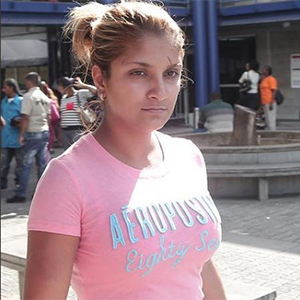 A murder in central Trinidad, the victim is said to be a relative of the wife of slain businessman Sheron Sukhdeo.

Naresh Bassant was gunned down at Korea Village, Carapichaima at around 8 o’clock last night.

Newscentre 5 understands Mr. Bassant, a welder by profession, went to check on a job when an armed man approached him.

The assailant is said to have opened fire hitting Mr. Bassant several times.

Mr. Basant was said to be a relative of Rachel Sukdeo.

Her husband, used car dealer Sheron Sukhdeo was killed outside his Charlieville home in 2018.