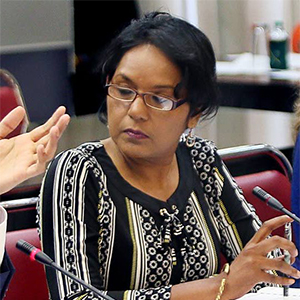 Dr. Sheila Rampersad says the recent judgment handed down in a case involving a minor raises concerns about how wards of the State are treated.

Dr. Rampersad says when the proper care is not administered, children fall by the wayside.

She first raised the issue during her commentary on i95.5fm today.

Earlier this week the High Court awarded the minor 2 million dollars in compensation after he suffered constant bullying and sexual abuse while at the St. Ann’s Psychiatric Hospital.

The boy was sent to the hospital following a recommendation from the St. Michael’s Home for boys in Diego Martin.

Speaking with Newscenter 5 this morning Dr. Rampersad said disabled children in the state’s care must be protected.

She further noted that caregivers employed by the state and church boards must be held accountable.

Dr. Rampsersad believes this matter should not go unnoticed.

In 2014 at the age of 9, the boy was placed in the St Michael’s Home for boys after his mother was convicted of willfully abandoning and neglecting him.

He was eventually diagnosed with Prader-Willi Syndrome and later transferred to the St. Ann’s Hospital.

Reports say while there, his mother claimed another inmate in a bathroom sexually assaulted him.

Newscenter 5 attempted to reach head of the Anglican Church Bishop Claude Berkley for comment on the matter but all attempts have so far proven futile.