Parliamentarians recalled from mid-year recess in wake of escalating crime 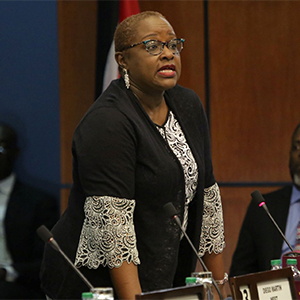 Parliamentarians are recalled from mid-year recess in the wake of escalating crime.

Confirmation of this came from Leader of Government Business Camille Robinson-Regis.

This morning Mrs. Robinson-Regis said it was all done to address the crime situation.

Mr. Lee said the ruling PNM does not have an inherent right to have its way.

Although parliament is on its mid-year break, it can be convened to deal with any matters of urgent national importance.

The main objective of the Bail Amendment Bill is to tighten access to bail to a repeat offender involved in firearm crimes.