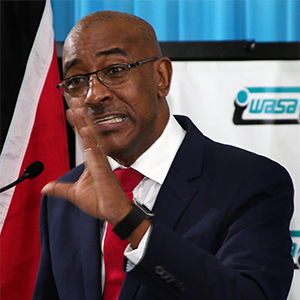 The Public Utilities Minister cites revenue collection as one of the major challenges at the Water And Sewerage Authority.

Speaking on i95.5fm on the weekend Minister Robert Le Hunte said a meter system would aid in rectifying the situation.

He says old infrastructure also is a serious problem at WASA.