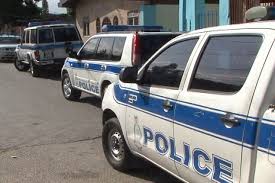 The Police Service Commission says the process for the selection of a Commissioner and Deputy Commissioner of police should be complete by December.

In giving an update on the process so far, the P.S.C. says it has completed the initial screening of applicants and psychometric testing of candidates.

It says further assessments are ongoing and scheduled to continue in the month of November.

It says the entire process is expected to be completed in December.

Dr. Maria Gomes, chairman of the P.S.C., says once done, the P.S.C. will establish and submit to the President of the Republic of Trinidad and Tobago, an order of merit list with the names of the highest graded candidates for each position.

The P.S.C. says it remains committed to serving the nation’s interests and will maintain the highest levels of professionalism and integrity throughout the process.

The commission assures it will ensure that the confidentiality of all candidates and key stakeholders is also maintained.

The commission says it is aware of the importance of this exercise to the safety and security of the country and wants to assure all citizens that the process is thorough, rigorous, aligned with the nation’s laws and seeks to ensure that the best suited candidates are selected.