Finance Ministry tells public servants their money is in the bank 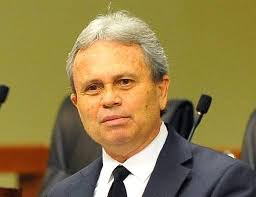 The Ministry of Finance tells public servants your money is in the bank.

This follows complaints yesterday by a number of Trade Unions that public servants were yet to be paid for the month of October.

Yesterday, President of the Public Services Association Watson Duke said the nonpayment of the salaries was a breach of the Civil Service Act.

President the Trinidad and Tobago registered Nurses Association Idi Stewart said yesterday this was not the first time such a situation had occurred.

And head of the Trinidad and Tobago Unified Teachers Association Lynsley Doodhai said some teachers had received their salaries while others had not.

But in a statement issued yesterday, the Finance Ministry said during the last week, it made available to all ministries the necessary funds to pay salaries for the month of October 2017.

It said it should also be noted that in accordance with Civil Service Regulation 39, salaries shall be paid on the day previous to the last full business day of the month.

The ministry said this means, salaries must be paid the day before the last working day of the month, which in the case of this month was yesterday, Monday, October 30th.