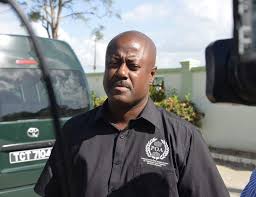 The Prison Officers’ Association claims the alarm system at the maximum-security prison in Arouca has not been functioning since 2013.

During an impromptu press conference outside the Arouca prison yesterday association president Ceron Richards cries to have the problem rectified have fallen on deaf ears.

Mr. Richards said it is very sad that in order for officers to advance issues there must be some kind of agitation.

Mr. Richards warned government that prison officers are at the end of their ropes, and an immediate intervention is needed from government.