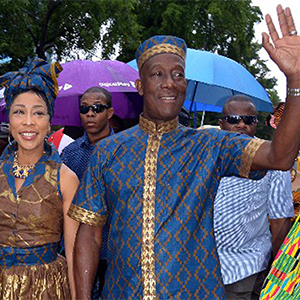 Prime Minister Dr. Keith Rowley says there is no other event which equals the pains and tragedy of slavery.

At the start of the Emancipation Day March in Port of Spain yesterday, Dr. Rowley called on people of african orgin, not to let anyone re-write the history.

The Prime Minister also said Emancipation Day is more than just a holiday and people should appreciate freedom and not take it for granted.

He called on the people to use the example of those in the past to create a brighter fruture for Trinidad and Tobago.