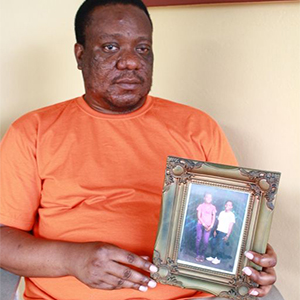 The Police Complaints Authority is beginning a probe into the fatal shooting of 19-year-old Rochyon King Ashterman and his girlfriend Kristan Kerri Serries.

Conflicting stories about the circumstances are now emerging.

There are claims that the couple went to get something to eat when a conflict led to their death at the hands of the police along La Canoa Road last Friday.

In a press re­lease is­sued hours af­ter the shoot­ing, the Trinidad and Tobago Po­lice Ser­vice sought to give its ver­sion of the events saying offi­cers were con­duct­ing an ex­er­cise in the com­mu­ni­ty when they stopped the cou­ple’s ve­hi­cle.

One of the of­fi­cers was hit in the leg.

Mr. King is also giving some value to the claims that his son borrowed a vehicle.

Police Commissioner Gary Griffith is again insisting in keep­ing with the “Use of Force” pol­i­cy, officers re­turned fire wound­ing the two occupants.