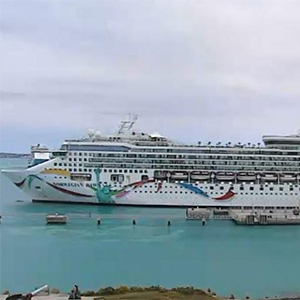 A 68-year-old female cruise ship visitor from the United States has died in Bermuda waters after she fell off the back of a Jet Ski.

She died while on a Jet Ski tour with her husband off Daniel’s Head in Sandys Parish.

The couple from New York, were visiting the island aboard the Norwegian Escape Cruise Ship last Thursday

Resuscitation efforts were continued ashore by the Bermuda fire and rescue service, and ambulance personnel as she was rushed to King Edward VII Memorial Hospital.

However, the visitor was subsequently pronounced dead.

A police spokesman says there did not appear to be any suspicious circumstances, and a cause of death was being investigated.