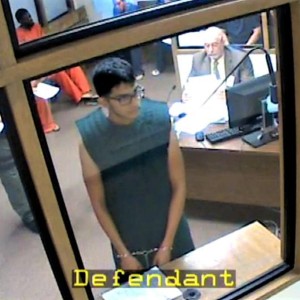 The parents of Trinidad and Tobago national, Nishal Sankat have hired a high profile lawyer to handle the case against him in the United States.

That lawyer is Greg Eisenmenger.

He says Nishal Sankat is now under a suicide watch.

The 22-year-old student pilot is accused of burglary, trespassing and grand theft.

It is reported that Mr. Eisenmenger was hired on Monday this week.

He is said to have met with 22-year-old Mr. Sankat who is the son of former University of the West Indies principal Clement Sankat.

The offences he is accused of come out of an alleged attempt to steal a passenger plane at the Melbourne International Airport in Orlando just over one week ago.

Attorney Eisenmenger is reportedly trying to get Mr. Sankat under the care of a private physician and moved to a treatment facility.

He says the case has a mental health component and his client is under suicide watch at the Brevard County Jail.

Mr. Sankat has appeared in court on the three offences coming out of the incident.

It is reported that federal charges have not yet been filed against him and he remains in jail without bond.

Nishal Sankat has to return to court on October 18th.