Opposition Senator says he is not comfortable Witness Anonymity Order 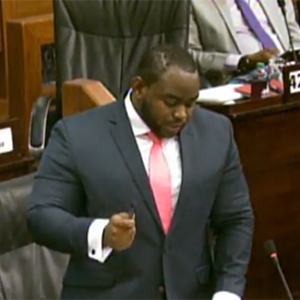 Debate begins in the Upper House on the Evidence Amendment Bill 2019 with one opposition Senator saying he is not comfortable with the witness anonymity order.

Senator Sean Sobers, who was sworn in yesterday, said it could land innocent people in jail.

The attorney then referenced a recent case.

Senator Sobers also noted some issues with the section on ID parades.

He said the investigating officers should not be part of that process to avoid undue influence.

He also had questions about the procedure for public ID parades.

And Independent Senator Anthony Vieira also raised some concerns over the identification parade.

He said there is new technology that can be used.

The debate followed the question and answer session.