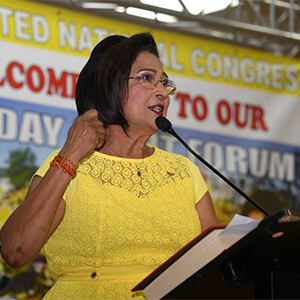 The Opposition Leader describes the government’s proposed amendments to the Information Act a golden parachute.

Mrs. Kamla Persad Bissessar said the government has inserted so much red tape that by the time the information is accessible; the administration will no longer be in office.

She described it as the action of a dangerous dictatorship.