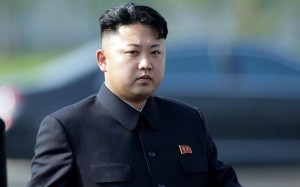 North Korea has said the missile it tested overnight held a warhead capable of re-entering the earth’s atmosphere.

The claim was not proven and experts have cast doubt on the country’s ability to master such technology.

Kim Jong-un called the launch “impeccable” and a “breakthrough”. It was the first test from Pyongyang in more than two months, after a flurry earlier this year.

It has been condemned by the international community.

US President Donald Trump spoke to China’s President Xi Jinping by telephone, the White House said, urging him to “use all available levers to convince North Korea to end its provocations and return to the path of denuclearisation”.