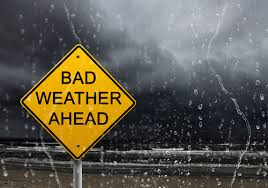 More rain can be expected today, but the MET office says it won’t be as heavy and severe as the last week.

Flood waters are still receding in some parts of the country but the MET office yesterday advised that more rain, floods and landslides are now likely.

The MET office said there is an active tropical wave to the east of Trinidad and Tobago.

Meteorologist, Bagwandeen Ramdatt says the expected weather conditions are associated with the tropical wave which is currently approaching the southern Windward Islands.

He says more rain can worsen the situation in areas currently affected by floods.

South and central and parts of the east in Trinidad have been badly affected by last week’s showers and people are still mopping up and assessing the damage caused.

This time the MET office is saying this new system is forecast to remain north and east of Trinidad.