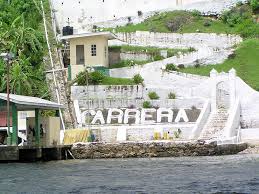 Another Prison Officer has been shot and killed in Diego Martin.

Glenford Gardner was killed at around 8.30 last evening.

Upon investigating they saw the lifeless body of Mr. Gardner lying in a pool of blood.

Police were notified and the area was cordoned off.

Mr. Gardner was attached to the Carrera Prison.

Mr. Gardner is the second Prison Officer to be killed this month.

On October 8th Prison Officer Richard Sandy, a father of five, was liming at a bar in Gasparillo when he was reportedly approached by an ex-convict and shot.

He died at hospital.

This is the seventeenth Prison Officer killed in the past 15 years.