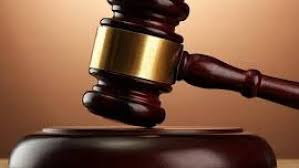 The man and woman charged with the murder of Woman Police Constable Nyasha Joseph appear in court.

They are Kenneth Brown of Sealots and Melissa Brown of Carenage.

The two were formally charged last night following instructions from the Director of Public Prosecutions.

36-year-old Ms. Brown was charged with murder and was not called upon to plead, as the charge was laid indictable.

Meanwhile Kenneth Brown, also 36-years-old, was charged with knowingly assisting in the murder of WPC Joseph.

Ms. Brown has a previous conviction for malicious wounding and obstructing police in the execution of their duties.

Both accused have been remanded into police custody.

They are scheduled to reappear in court on April 18th.

22-year-old WPC Joseph was reported missing 6 days before her body was fished out of the Gulf of Paria.

She was attached the Morvant Police Station, having joined the service in November last year.