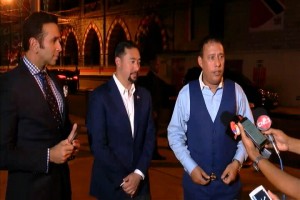 Newscentre 5 understands one person is in police custody.

Speaking with reporters outside the Central Police Station in Port of Spain last evening, Mr. Griffith said a ransom was demanded but none was paid.

Commissioner Griffith said Mrs. Pollonais, a mother of three was in good health and unharmed.

47-year-old Mrs. Pollanais, went missing around 11.30 am on Thursday after leaving the Central Athletics Club at the C3 complex in San Fernando.