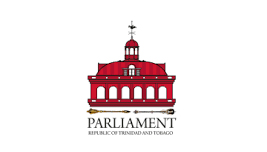 The Joint Select Committee of Parliament is told some parents, schools and organizations do not want children learning about sex.

This was revealed in the parliament on Wednesday along with confirmation of at least 5 primary school students who tested positive for HIV.

The shocking revelation was made by guidance officer 2 at the Ministry of Education Darlene Smith.

According to information given to the JSC, students in primary and secondary schools have also contracted other STDs.

But inspite of the details given, the committee also heard there has been resistence to sex education at schools.

Specialist medical officer at the Queens Park Counseling Center, Dr. Aruna Diva-Karuni said she was told that sex education would encourage children to have intercourse.

She also said efforts to educate children on the use and distribution of condoms were also rejected.

Chairman of the JSC, Dr. Daneshyar Mahabir was appalled.

Chief Education Officer at the Ministry of Education Harrilal Seecharan later said even the name sex education had to be changed to health and family life education.