Jesse Beephan hit twice in the head with piece of iron 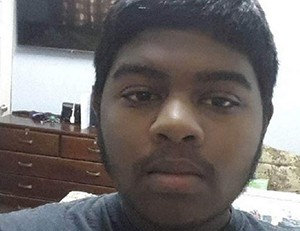 Relatives of 16-year-old Jesse Beephan say it appears he was hit twice in the head with a piece of iron.

The boy’s body was found near his secondary school yesterday morning.

Relatives are baffled by the circumstances surrounding the murder.

The boy’s father Shakar Beephan says his family is traumatised.

Mr. Beephan is reported as saying police have found the weapon used to kill the form four student of the Waterloo Secondary School in Carapichaima.

Reports say Jesse’s mother went to pick him up at school Monday but she couldn’t find him.

He was then reported missing.

Jesse’s body was found in a drain outside the compound of the school.

He and his relatives are from Heliconia Drive, Roystonia, Couva. Police say they are continuing their investigations into the murder of the young boy.