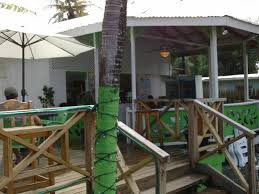 The owners of the popular Jenny’s Restaurant and Bar in Crown Point scored a major victory in their injunction application against their landlady Karen Buckmire. Ms. Buckmire moved in and evicted them from the premises on December 4th.

According to court documents the landlady and several men threw guests out of their rooms and the bar. Owners, Joseph and Jenny Pooran, through their attorneys Martin George, Shalini Sankar and Kinda Jacob, filed for an injunction in the High Court seeking to eject their landlady Karen Buckmire from the premises and to return them to possession and operation of the business.

After hearing arguments on both sides, Justice Mira Dean Armorer granted an injunction ordering the landlady to vacate the premises by 10 am today. Another injunction was granted preventing the landlady from interfering harassing and molesting the Poorans or their customers and business operations. The matter is set for hearing again on January 5th, 2016.