January 2018 most murderous month in this country’s history 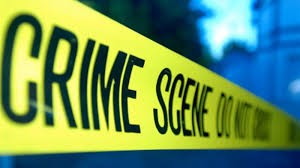 January 2018 goes down in history as being the most murderous month in the country.

Adding to the statistic was murder victim Ricardo Prescott who was gunned down in the Morvant/Laventille district on Monday night.

Reports say he was in the yard of his Trou Macacque home shortly after 8’o clock, when he was approached by an armed man.

Police say Mr. Prescott is unknown to them and does not have a record.

Investigators are now trying to ascertain a motive for his killing.

On Monday the body of Richard Beharry was found inside a car submerged in the Usine Pond in Ste Madeline.

He had a single gunshot wound to the head and on Sunday Keston Mayers and Brent Richards were also gunned down in separate situations in Never Dirty, Morvant and Princes Town.