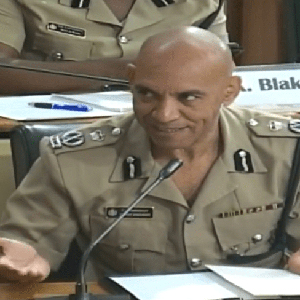 Jamaica’s Police Commissioner Major General Antony Anderson says a significant number of shootings and murders is the major reason for the implementation of a State of Emergency in sections of the corporate area.

In responding to questions on the latest SOE yesterday the Commissioner explained that the areas covered by the measure have had a significant amount of violence.

The Commissioner was speaking to Parliament’s Internal and External Affairs Committee.

Commissioner Anderson said there were also criminal linkages that were of major concern.

Members of the Opposition have not been pleased with the government’s decision to implement yet another State of Emergency.

And yesterday they were not satisfied with the Commissioner’s justifications.