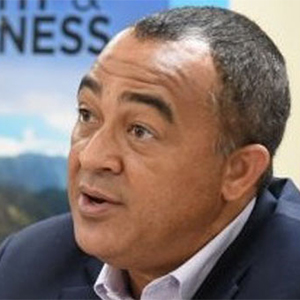 The Jamaica government says it will spend an estimated J$130 million as it moves to eliminate the breeding sites of the Aedes Aegypti mosquitoes.

The mosquitoes are responsible for the spread of dengue fever.

Health and Wellness Minister, Dr. Christopher Tufton, says the country is in a high state of alertness around the potential health challenges the dengue fever and the Aedes Aegypti mosquito and its breeding in communities.

Minster Tufton adds that Jamaica is not alone in that regard, in fact, he says Latin America and the Caribbean region are experiencing a dengue outbreak.

He notes that the Pan American Health Organization (PAHO) has reported that in the last seven months, some two million cases of dengue have been reported in the region of Latin America and the Caribbean.

Further Mr. Tufton says the recent drought condition has contributed to the cases of dengue with approximately 5,200 cases classified as suspected, presumed or confirmed.

The Minister assures that although the National Health Fund (NHF) will be spending the funds on activities geared towards clearing breeding sites, citizens must do their part.