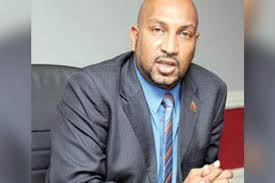 An admission from former Sport Minister Anil Roberts that investigations into the Lifesport programme are not yet completed.

Mr. Roberts acknowledged this reality just hours after claiming he was vindicated by the court ruling on the matter.

On Monday the former Sports Minister broke his over 2 year silence on a United National Congress platform in Diego Martin.

However, in an exclusive interview with TV6 Tuesday, a softer toned Mr. Roberts said yes the criminal probe into Lifesport is still ongoing.

Mr. Roberts said he suffered over the past two years because of the allegations.

She said the course of natural justice was not followed as some involved in the matter were not given a chance to be heard before the report was made public.

On Tuesday, Attorney General Faris Al Rawi said the ruling does not close the book on Lifesport, since his office and the police are continuing probes into these matters.

He blamed the breaches noted in the court matter on then Prime Minister Kamla Persad-Bissessar.

Mr. Al Rawi said Mrs. Persad Bissessar put the report into the public domain when she laid it in Parliament on July 25th 2014.

Mr. Al-rawi said she knew those accused of wrong-doing had not commented on allegations in the report and the report would have eventually been quashed.