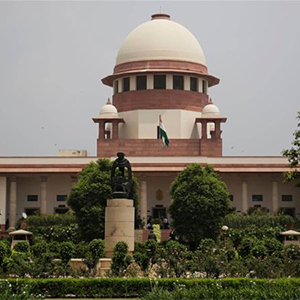 India’s top court has ruled adultery is no longer a crime, striking down a 158-year-old law which it said treated women as male property.

Previously any man who had sex with a married woman, without the permission of her husband, had committed a crime.

A petitioner had challenged the law saying it was arbitrary and discriminated against men and women.

It is not clear how many men have been prosecuted under the law as there is no data available.

This is the second Colonial-Era Law struck down by India’s Supreme Court this month – it also overturned a 157-year-old law which effectively criminalised gay sex in India.

While reading out the judgement on adultery, Chief Justice Dipak Misra said that while it could be grounds for civil issues like divorce, “it cannot be a criminal offence”.

Last August, Joseph Shine, a 41-year-old Indian businessman living in Italy, petitioned the Supreme Court to strike down the law.

He argued that it discriminated against men by only holding them liable for extra-marital relationships, while treating women like objects.

The law, Mr. Shine said, also “indirectly discriminates against women by holding an erroneous presumption that women are the property of men”.