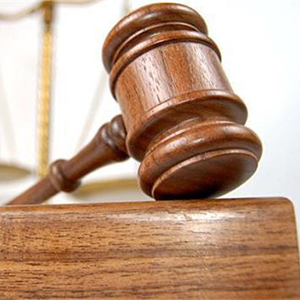 A High Court Judge has threatened to jail Trinidad and Tobago’s Police Commissioner Gary Griffith for Contempt of Court if he fails to carry out a High Court order issued last October within 14 days.

Justice Frank Seepersad yesterday said ultimately, it would serve the court no pleasure in sending the Commissioner to that other place called ‘GG’ which is Golden Grove.

The judge made the statement as he heard the motion filed by a former police officer who was asked to repay the state an estimated 436,539.10TT.

Mr. Griffith has been told he needs to reclassify the leave of Corporal Ashram Pariagsingh, a 37-year veteran, who on May 8th , 2012, fell and injured himself while at a police station.

In his lawsuit, the policeman claims the area became slippery because of a leaking pipe and the fall caused him serious back injuries.

He is also challenging the decision of the then Police Commissioner to reclassify his sick leave without any explanation.

According to his lawsuit, the Human Resources Department of the Police Service classified his sick leave as injury leave with pay.

He also told Corporal Pariagsingh he would have to repay all his salaries and benefits from May 2012-March 2016.

Last October, Justice Seepersad ruled in favour of Corporal Pariagsingh, ordering that he not be made to pay back the monies.

The judge’s order has not been complied with, and Corporal Pariagsingh’s attorneys, led by former Attorney General, Senior Counsel, Anand Ramlogan, filed an application to have the court’s order enforced within 14 days and to find the Commissioner in contempt.

Justice Seepersad urged attorneys for the Commissioner, including the Director-Legal at the Police Service, Christian Chandler, to ensure his order is complied with.