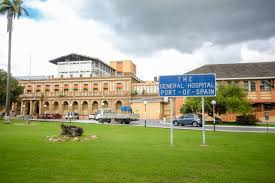 Minister Deyalsingh says in the wake of Tuesday’s earthquake and following aftershocks he instructed that elective surgeries be put off until further notice.

He says this is not unusual in cases of natural disasters.

Minister Deyalsingh also gave an update on construction of the new central block at the Port of Spain General Hospital.

The Health Minister was speaking with Newscentre 5 yesterday.