Government warns to stay away from Mud Volcano 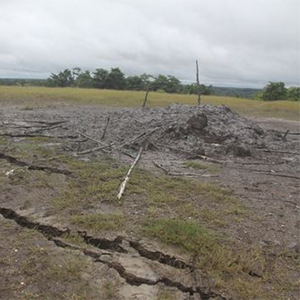 Government warns persons to stay away from the Mud Volcano in Piparo.

National Security Minister, Stuart Young says people should avoid the area while assessments are being conducted.

Residents in south Trinidad were fearful following rumblings and the strong scent of sulfur gas near the Mud Volcano.

Many residents were made to evacuate on the weekend.

Minister Young says the authorities are monitoring the situation.

Minister Young was speaking at a special media conference yesterday.

But MP for the area Barry Padarath yesterday told Newscentre 5 the situation is becoming unbearable.

Mr. Padarath described the volcano as a ticking bomb.

He said seismologists are expected to visit the area in the coming days to make further assessments on the condition of the Mud Volcano, which last erupted in 1997.