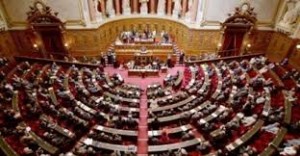 French MPs have voted overwhelmingly in favour of a bill that would ban parents from smacking their children.

The bill on “Corporal Punishment or Humiliation” seeks to ensure that parental authority is exercised without violence. It will now go the Senate.

Campaigners say about 85% of french parents resort to corporal punishment.

Previous attempts to outlaw smacking at home have failed, although the practice has long been banned in French schools.

French lawmakers backed the bill in a 51-1 vote early on Friday, following a late-night debate.

MP Maud Petit, who sponsored the measure, said the bill’s main goal was educational, to encourage society to change its views on the issue.

Like other European states, France criminalises violence against children, but it also currently allows parents the right to discipline their children at a low level.

Last week, four members of the same family were arrested after a nine-year-old boy was beaten to death in the eastern city of Mulhouse.

Police sources told local media that the boy had refused to do his homework and was hit with a broom handle.

If the bill is adopted by the Senate, France will become the 55th country to outlaw corporal punishment of children.