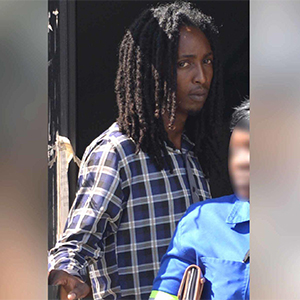 The football coach, charged with sexually molesting a teenaged girl, is granted $50,000 bail.

According to an Express online report, Mr. Darius was detained on Saturday, hours after the reported assault.

The story says, the 14-year-old girl, accompanied by her mother, went to the Fyzabad Police Station and reported that at around 1.30 a.m. she went to the ladies room at the venue of a birthday party.

Mr. Darius is said to have entered the room and began kissing her on her lips and touching her private parts.

Attorney Ramnarine Soorjansingh told the court his client owned a football school where he conducted training and had no previous matters before the court.

Police Prosecutor Sgt. Starr Jacob confirmed his clean record, as she made no objection to Mr. Darius being placed on bail.

However she asked that the condition be attached that he has no contact with the alleged victim.

This was included as Magistrate Alert placed Mr. Darius on $50,000 bail.

He is to reappear before the court on March 1st.