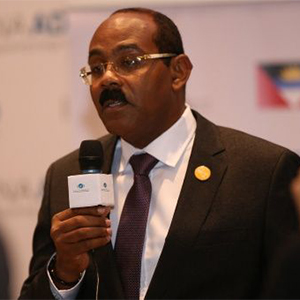 Telecommunications giants, Flow and Digicel are suing the government of Antigua and Barbuda over the issue of digital spectrum allocation.

Mr. Browne said the Telecommunications Minister wrote to the companies but they continue to make excuses for not wanting to share the space equally.

The Prime Minister said Digicel ended up with the low frequency spectrum and as a result APUA was placed at a disadvantage and the government cannot allow such inequity to continue.

He said the companies have already filed action against the government.