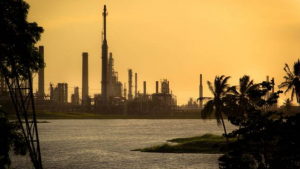 The Federation of Independent Trade Unions and NGO’s slams government over its decision to shut down the oil refinery at Petrotrin.

President Joseph Remy says the decision was made in bad faith.

Mr. Remy says Petrotrin breached an agreement between the unions and the company when it made this decision, without consulting with the recognized majority union.

Speaking with Newscentre 5 today, Mr. Remy said the closure of the oil refinery should not have been the first option.

He said all other measures should have been exhausted before the oil refinery operations were shut down.

Mr. Remy accused the Keith Rowley led administration of engaging in one manism and governance by arrogance.

He said the decision is not backed by any sound and cogent financial, economical and social analysis and arguments.