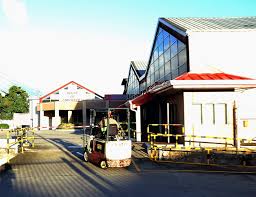 The dismissal of an Angostura employee is being condemned strongly by the International Women’s Resource Network.

The female is an alleged victim of sexual harassment at Angostura.

Following reports of her being fired the network says whilst this issue has legal ramifications attached to it, the organization views this outcome as extremely unfortunate.

It says in this particular incident and based on information shared in the public domain, it is doubly clear, that the victim was made to shoulder the burden of guilt whilst the bright lights shone on the alleged perpetrator.

IWRN’s president, Sandrine Rattan laments in a release that in the same vein that organizations ensure the existence of strategic plans and employee handbooks, by the same token, a sexual harassment policy is deemed to be as equally important to ensure that justice is served on both sides male and female.

She says the now dark-aged approach where victims of sexual harassment are made to feel guilty when their complaints are aired can no longer continue.

Such an approach also borders along the lines of “corporate dictatorship.”

Employers must also understand that their profit margins also depend on the existence of a cadre of employees who feel adequately safe to navigate their work environment daily thereby maintaining sustainable levels of performance.

Also voicing concerns on the psyche and well-being of sexually harassed victims, IWRN’s local counsellor, Saundra Applewhite-Hernandez stated “the damaging psychological effects of sexual harassment include heightened anxiety, depression, a negative body image, a heightened sense of isolation and low self-esteem; the effects are compounded with victim shaming and persecution which occurs all too often.”