Body found inside a booth at Savannah is identified 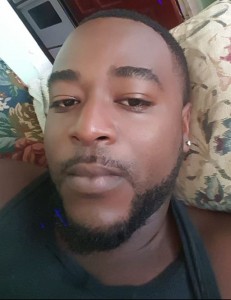 The body found inside a booth at the Queens Park Savannah is that of Matthew James.

Mr. James was a se­cu­ri­ty guard with Shield Security.

He was 27-years-old and the father of two.

It is said he was last seen at his place of work col­lect­ing food or­ders from his col­leagues on Saturday night.

His body was in a booth under con­struc­tion at the Queen’s Park Savannah, in Port-of-Spain, near Chancery Lane on Sun­day morn­ing.

Mr. James’ body was dis­cov­ered by a colleague em­ployed by the Nation­al Car­ni­val Com­mis­sion.

Mr. James was from San­ta Cruz.

It is believed his vehicle was stolen and was in­volved in a hit-and-run ac­ci­dent on Sun­day night.

An au­top­sy yesterday re­vealed that Mr. James died from mul­ti­ple stab wounds to the neck.

He says Mr. James was a new employee and was a “re­spect­ful young man with no blem­ish­es on his record since his em­ploy­ment.