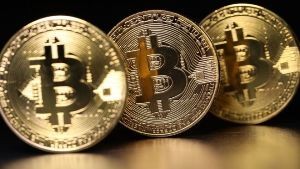 Bitcoin plunged on Friday, extending a fall that saw the crypto-currency lose almost a third of its value from a record of nearly $20,000 (£15,000).

The crypto-currency’s price dipped below $11,000 yesterday before recovering to above $13,000.

Bitcoin has had a blistering trip over the past 12 months. Its price at the start of the year was about $1,000.

It has skyrocketed since – more than doubling in value since November – drawing interest from major firms as well as private investors.

But since Sunday Bitcoin has been on a losing streak, falling back to where it was at the start of December.

Analysts said investors should be prepared for such rapid changes, which have characterised the asset from its start.

“This is exactly how this asset trades and has done since the beginning,” said Nick Colas, co-founder of New York-based DataTrek Research. “It has a lot of volatility and it will for the foreseeable future.”

This week’s plunge led to a flood of trades that swamped one of Bitcoin’s major exchanges, Coinbase, on Friday. A technical slowdown prompted the firm to halt buying and selling twice.