Federation of Corrections calls for Commissioner to be recused 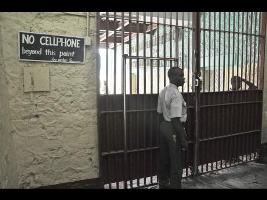 This comes after Commissioner of Corrections Ina Hunter, appeared in court on Tuesday and was charged with breaches of the Public Health Act.

The breach stemmed from overflowing sewage at the St. Catherine adult correctional centre.

She is to stand trial in March next year.

The judge also ordered that the warrant remains active until that date and that Ms. Hunter be arrested on the day.

Federations of Corrections Chairman Corporal Arlington Turner says the sewage problem is as a result of overcrowding.

He says, it is a very serious matter that should not be taken lightly and such an issue has compromised the Commissioner’s office.