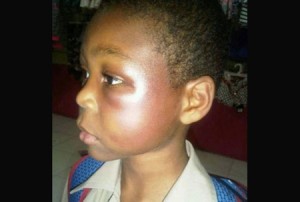 Commissioner Griffith says the autopsy report is now in the hands of police and they were continuing investigations into his death.

Little Jahan died on June 29th after being taken to the Queen Elizabeth Hospital.

His death sent shock-waves around the country and even led to the Child Care Board issuing a statement acknowledging, that it had received reports of injuries to the child, and was in the process of conducting investigations, at the time of his death.