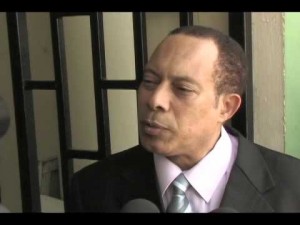 St. Lucia’s National Security Minister is urging marine police officers to be on their guard. He is predicting an increase in human trafficking.

Phillip La Corbiniere was addressing the police marine unit last Friday, just a few days after the US State Department released its 2015 trafficking in persons report.

The report said Saint Lucia has made few discernible efforts to prevent trafficking.

Minister La Corbiniere is urging officers on the sea to do their part to tackle a growing problem. He also said there is no room for some of the problems within the police force. The minister is vowing to rid the force of the bugbears.

The state department report said, among other things,  that off duty police officers in St. Lucia sometimes provide security for sex trade establishments.

The minister has vowed to continue tackling human trafficking and building on efforts to stem the problem.