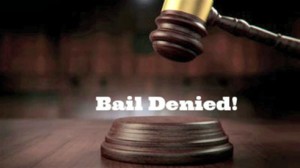 Bail is denied to a 22-year-old man apprehended during a reported gun attack on a woman in Arima.

Reports say at around 1:15 pm on Sunday police received a disturbance call, informing them that a man armed himself with a gun and was threatening to shoot a woman.

When officers got to the scene they found Kenton Joseph hiding inside a derelict vehicle parked along the street.

According to police officers when they searched Mr. Joseph they found a Taurus pistol loaded with one round of 9mm ammunition.

He was arrested and charged with possession of a firearm and ammunition.

He appeared in court yesterday.

Mr. Joseph is scheduled to re-appear before the Arima Magistrates Court today.